All the latest about Eredivisie and the Dutch top flight, including Eredivisie schedule and Eredivisie table.

The info displayed is according to local time of Netherlands (Europe/Amsterdam time zone).

Ajax will kick off their season with a Champions League preliminary match versus PAOK. They drew 2-2 in the first leg in Greece and they have to get at least a draw in Amsterdam to go through.

If they get through PAOK, they will need to win against either APOEL (CYP) / Qarabağ (AZE) to get to the group stages of Champions League.

Check the last Ajax match and the next one:

The next Ajax match:

PSV Eindhoven. lost in the preliminary rounds of Champions League. They were defeated by Basel from Switzerland and will now have to play in Europa League.

In the current round, PSV needs to eliminate the Norwegian team FK Haugesund to get to the UEL playoff. If they win they will have to play either against Austria Wien or Apollon Limassol (Cyprus).

SoccerAntenna offers you the latest news and updates about PSV and their Eredivisie schedule. Here is the last game played:

And here is the next PSV match scheduled:

Just as PSV, Feyenoord Rotterdam will play in Europa League. However, they will need to get past Dinamo Tbilisi from Georgia, to get to the playoff.

If they get past Dinamo, they will face the winner of Norrköping (Sweden) or Hapoel Beer-Sheva (Israel).

Here is Feyenoord’s next match: 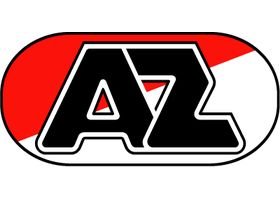 AZ Alkmaar finished last Eredivisie in 4th placed and they earned placement in Europa League. They defeated Hacken from Sweden, with a 3×0 result away and now they Mariupol FC from Ukraine.

If they want to get to the playoff, they need to beat Mariupol. Then they will face Antwerp (Belgium) or Viktoria Plzen (Czechia).

Check out the last match of AZ Alkmaar:

And their next match is: