The MLS table 2022 consists of 28 teams, divided into two conferences: western and eastern.

In this table, all the teams are together though, ranked through the one with most points, to the one with fewer points.

MLS is back tournament

Due to the COVID-19 pandemic, the MLS had to interrupt it’s season and they returned with an unusual tournament happening in Orlando.

The tournament happened with the teams divided into groups. Check out how the idea of the competition started and how it all began here: https://www.soccerantenna.com/mls/everything-you-need-to-know-about-mls-return

Qualified teams advanced to a knockout stage, with a single match. The competition ended on 12th August 2020. Portland Timbers were declared champions after beating Orlando City 2×1 in the final.

The MLS table below refers to the MLS playoffs 2019 (previous season). The regular season ended on the 6th of October. The competition then turned into a playoff, with knockout matches between the teams. Here is the final bracket:

The MLS playoffs kicked off on the 19th of October 2019. The winners of each conference during the regular season advanced to the semifinals directly. Seattle Sounders were crowned winners on the 10th of November.

The history of MLS

The rise of NASL and its fall

The Major Soccer League was founded in 1993, but it was not the first league of soccer in the United States. Between 1968 and 1984 there was the NASL, the North American Soccer League. It got wide popularity throughout the 70s, especially due to attracting major faces of the European and South American sport.

With teams such as the New York Cosmos, the Chicago Sting and the Las Vegas Quicksilver, the league was built in a franchise like a format, the same as MLB, NFL and NBA.

During this time some of the names that played in the league were legendary back then: Pele, Eusebio, Beckenbauer, George Best, Teofilo Cubillas, Hugo Sanchez, Cruyff, you name it. If you want to see some more of the names connected to NASL golden era read here.

However, due to the lack of knowledge about managing soccer teams and lots of doubtful decisions, the league started going bankrupt in the early 80s. In 1984 they decided to give up and the NASL became just a memory from the past.

How the World Cup made the MLS a reality

As expected, many soccer fans in the USA were extremely unhappy with the sudden decision of taking away the NASL. The games had a regular audience of approximately 13 million and were very popular especially between the emigrants, specifically the Hispanic communities.

However, it all changed in 1988, when the United States won the bid to host the 1994 event. FIFA demanded that they had to have a national league, otherwise the tournament could not happen in the country. So, the USSF agreed to create a national league in a renovated format from the NASL and it became a reality in 1993.

However, the first season only happened actually in 1996, with 10 teams divided by two conferences. The first game was between the San Jose Clash (now San Jose Earthquakes) and D. C. United, in San Jose, in the previously named Spartan Stadium.

Since then the MLS has traveled a long way, expanding until having a total of 24 teams at the moment, still divided by east and west conference.

The league has plans to have 30 teams and next season Inter Miami, owned by David Beckham and Nashville SC will join the list. In 2021 another one called Austin F.C. Plus, recently MLS announced that they will open a team in St. Louis, becoming the 28th team to join the MLS.

Who won the most number of MLS titles?

The current champions are Atlanta United, who defeated the Portland Timbers 2-0 on December 2018, to achieve their first piece of silverware. The actual season will end earlier, on October 6th, with the playoffs being played in September.

Get the latest MLS table news in SoccerAntenna

The MLS schedule is also available on SoccerAntenna. The regular season of the Major Soccer League began on February 29th, 2020, and will finish on October 4th. After that, the playoffs will take place during the month of October.

However, there might be a delay on the MLS table, as the COVID-19 pandemic obligated the league to postpone his fixtures. The league got interrupted in March and returned to the MLS is Back Tournament (read above).

How many teams make the MLS playoffs?

The previous season a new format on the MLS table started. The playoffs used single-match rounds, which included 14 teams.

In the 2020 MLS regular season, each team does not play every other team at least once, for the first time ever. Every team will face the others in their conference twice and just 10 teams from 13 of the opposite conference.

In SoccerAntenna we provide all the MLS news, including the latest transfers, games, and international fixtures.

Want to know who is the MLS top scorer at the moment? Here is the updated list. 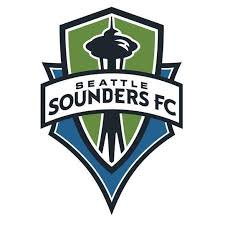 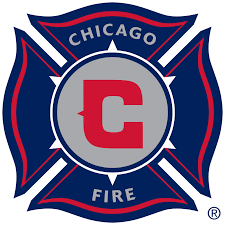 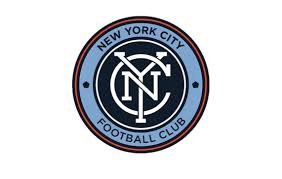 If you are a soccer and sports fan, take a look at FiveBoxes.com. They have the top 25 best subscription boxes for men and sports fans, besides much more content that you will find useful!